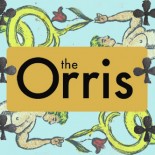 What happens to a dream deferred?

Or does it explode?

When I was six, I told my parents I wanted to be a writer. They responded with the quintessential “follow your dreams” parental response and encouraged my obsession with writing poems and stories, and having more literary friends than real ones. That was 1993.

Circa 2012, the parental reaction would be dramatically different. Better become a nurse, lawyer, or engineer because we all know that liberal arts and humanities students of the world are notorious for being unemployed or do not hold positions in their respective fields. With the decline of print journalism and a new tech-hungry population, many of us English majors are stuck wishing to return to a time when we could get paid to write. Some people blame the wavering economy and what seems to be an endless recession, resulting in a decrease in creative jobs.

It was once acceptable to only have a high school diploma to survive and be successful. As a high school senior, it was expected that I go to college in order to secure a decent job. Today, a college degree does not guarantee anything. I feel the brunt of this unfortunate evolution: one BA and one freshly minted master’s degree later, I feel as though I haven’t moved professionally since high school. (I guess geographically I haven’t moved either. After getting my master’s, I moved back in with my parents for four months).

But this quasi-employment situation (i.e. a writer who folds clothes or flips burgers, a chronic intern, and/or a freelance writer who “works” on the side for a measly $0.10 a word) becomes more than a simply answered, “We’re in a recession.” The forcing of many liberal arts graduates into a realm of underemployment cannot be answered by simply blaming the recession. Nor can it be answered by quoting the concept of the stay-at-home graduate—as stated by The New York Times in the 2010 article “What Is It About 20-Somethings?”—which blames the un(der)employed 20-somethings for their  own misfortunes because they choose to move in with their parents, delay their careers after obtaining lucrative graduate degrees, and essentially take too damn long to grow up.

No, it morphs into a discussion that questions the entire notion of the American dream, individualism, and what one can feasibly accomplish in America. The American dream asserts that you can accomplish anything if you want it badly enough. Rumor has it this dream claims no boundaries, stipulates free will, and offers the chance to achieve great opportunities regardless of socioeconomic status.

In theory, the American dream is the most inclusive, non-prejudiced idea in American history: “To dream of a better, richer, and happier life for all our citizens of every rank, which is the greatest contribution we have made to the thought and welfare of the world.” James Truslow Adams must have been on some serious happy pills. Once upon a time, this notion was a great one for American citizens (warning: the definition of “citizen” in the US has changed considerably throughout history; thus, women and racially marginalized groups were once not able to take part in this dream), but the basic idea of an American dream in a post-recession, pro-technology, and consumerism-obsessed nation conflicts with the economic and cultural lives of Americans.

As Americans, we have a history of ignoring or hiding the negative. Instead, we highlight the positive, perhaps even amplifying it a bit until it becomes a drastic exaggeration. We are obsessed with reality and makeover television because it exceptionalizes the “average” and shows how the everyday individual (i.e. the ugly, flawed, and therefore, negative) can be glamorous, improved, and desirable. We like to pretend we have moved past an age of racism because we have some strong black individuals in power (President Obama, Colin Powell, Condoleezza Rice, Oprah). We not only stress the importance of a college degree, but we think this education can be attained by anyone and that a college education leads to a job offer. If everyone can earn a college degree and get a well-paying job, where is the classism? Where is the economic caste system? If Oprah can grow up poor, abandoned, sexually abused, and still earn a college degree and become a multi-billionaire with so much fame and notoriety she doesn’t even need a last name, then anyone can.

The post-racism, post-feminism, pro-academia, and pro-self-help delusion in which Americans currently reside is brainwashing and masking the harsh realities of the economic and mental wellbeing of its citizens. American culture thrives on survival of the fittest, working hard, and garnering a comfortable level of wealth. Stuck in these desperate attempts for success and happiness, many Americans actually believe that positive thinking, a can-do attitude, and good ol’ fashioned hard work can change the course of their future.

Barbara Ehrenreich, author of Nickel and Dimed: On (Not) Getting By in America, underwent an undercover project in the late 1990s and early 2000s to investigate the reality of working for and living off of minimum wage in the US. She had to accept full-time work and had to find a place to live within her budget (which often ended up being hotel rooms and trailers), but unlike many struggling individuals, she had access to a car and vowed never to starve if money became an issue; she would tap into her emergency savings. She wasn’t trying to establish the achievability of the American dream. She was aiming lower: she was trying to prove whether or not one could even live on minimum wage in poverty-stricken America. One needs to survive in order to get a glimpse of, let alone begin accomplishing, the American dream.

“The problem goes beyond my personal failings and miscalculations,” Ehrenreich states. “Something is wrong, very wrong, when a single person in good health, a person who in addition possesses a working car, can barely support herself by the sweat of her brow. You don’t need a degree in economics to see that wages are too low and rents too high” (199).

Ehrenreich wrote this ten years ago pre-economic meltdown. Has much changed in the area of American dream achievability? Not much.

This illusion of the American dream has morphed into an American nightmare for many (recent college graduates among them). Because the publishing industry is one I desperately want to become a giddy member of, Alex Williams’s article, “The Literary Cubs,” hit me in the gut of my own American dream. Take Rebecca Chapman for instance, literary editor of The New Inquiry. She explains to Williams that “when you are turning 25, having graduated summa from Cornell, with a master’s from Columbia, only to find yourself unemployed and back living at home with your parents,” there’s not much to be optimistic about. Reiterating the fear I’m currently tangled in, she continues, “My whole life, I had been doing everything everybody told me. I went to the right school. I got really good grades. I got all the internships. Then, I couldn’t do anything.” Our dreams shifted from normative and achievable to exceptional and mystical.

The American dream fails to address the complex situation of Americans today and the hard-work-equals-happiness-and-success rants only perpetuates the myth and reaffirms an idealized rhetoric of success. The ignorance towards economic, racial and gender inequality in the US creates controversy around how we expect someone to change their life. The rags-to-riches narrative is not typical to the everyday; it ignores the economic and sociological implications of citizens and undermines their experiences.

Fueled by independence, self-sufficiency, free will, and upward mobility, the American dream is no longer about achieving a successful promotion, buying a house, having a family, and building a sizeable 401K. The American dream come to life is a nightmare that will haunt us beyond this recession, the Occupy Wall Street protests, the conflicts in the Middle East, and the ever-growing political/gender/racial/religious/economic divides in the US.

Words cannot describe how exhausted I am, how my circumstances and the situations of thousands of other young graduates send me into a whirlwind of perpetual depression. I wrote my master’s thesis on the evolution of the American dream (can you tell?!) and thought I was writing the next progressive and innovative piece of academic literature. “This is revolutionary! This will alter new age philosophies of self-empowerment! It will demonstrate economic insecurity, inequality, and false ideology in American culture!” As much as I wanted to graduate and instantly get a job, I knew it would not happen. I’m trapped on the broken career escalator Ronald Brownstein brilliantly described: the new graduates cannot get on the escalator. Previous graduates are struggling to wedge into the labor force, but they can’t because older generations are piling up, unable to secure enough cushion to retire.

Though tremendously aware of the slim pickings of liberal arts opportunities and knowing the promise of an American dream has long been lost, I embark on a never-ending journey to squeeze onto that labor force escalator. So, in response to “What Is It About 20-Somethings?”, did I get a graduate degree because I want to delay a career as long as possible? Did I—as a 24-year-old woman—want to move back in with my parents? I don’t think an astounding “No” even begins to cover it.

Ehrenreich, Barbara. Nickel and Dimed: On (Not) Getting By in America. New York: Henry Holt and Company, LLC, 2001.

2 comments on “A Dream Deferred” 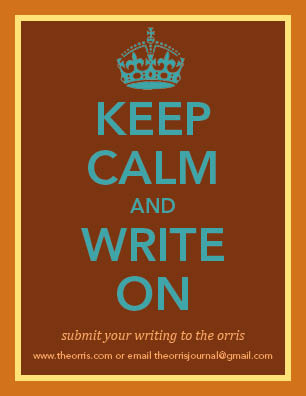